Sorry! You missed The Book of Mormon at Centennial Hall 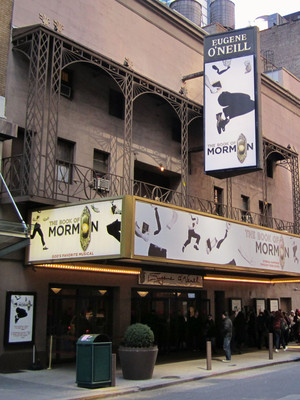 If you're happy to travel

You can catch The Book of Mormon at Eugene O'Neill Theatre in New York, showing Open Run

The Book of Mormon is also touring to:

View the entire The Book of Mormon tour 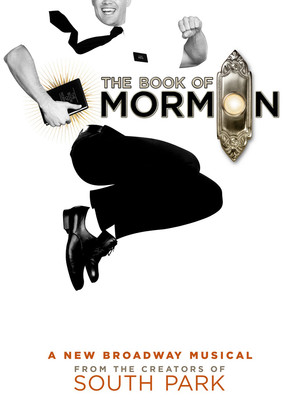 The Book of Mormon

...an exhilarating Broadway musical at once revolutionary and classic, funny and obscene, uncompromising in production standards and unafraid of just about anything else.

Alert me on return

Why See The Book of Mormon?

Rejoice, Book of Mormon followers, for the worldwide phenomenon (Hamilton who?) is coming to you on its massive nationwide tour.

From the four-time Emmy Award-winning creators of South Park, Trey Parker and Matt Stone comes this outrageous comedy musical about a pair of mismatched Mormon newbies who are sent on a mission to a place that's just about as far from Salt Lake City as you can get - Uganda. The musical was written in collaboration with Robert Lopez, the Tony Award-winning writer of Avenue Q and Frozen, and co-directed by Mr. Parker and three-time Tony nominee Casey Nicholaw (Spamalot, The Drowsy Chaperone).

With a roof-lifting 19 original songs that range from filthy and obscene to sweet and full of heart, this is sure to win over 'mostly' everyone (although perhaps don't bring your local pastor along to see it).

What is The Book of Mormon about?

'The greatest time of a Mormon kid's life is his mission,' sings Elder Kevin Price before finding out where and who with, his journey starts. But things are not as the handsome and pious Elder Price predicted when he's paired up with the hapless and dumpy Elder Cunningham and sent to Uganda for their first mission! Sorry boys, Disneyland, this ain't.

The adventure unfolds as Elder Price and Elder Cunningham try to preach The Book to a local farming community that has been decimated by disease and ruled under an iron fist by the evil war lord, General Butt-F*cking Naked . Meanwhile the disaster-prone duo learn about themselves, the true meaning of friendship and what their religion ultimately means, not only to themselves, but also to their new flock. Get your tickets for the most outrageous musical comedy in the country!

Instead of picketing Broadway or theaters nationwide as originally feared, The Mormon church has taken the good-natured and risque lampooning of The Book Of Mormon with a wry grin and have instead taken out advertisements in the show's playbills across the world, under the heading 'The book is always better'. Now that is what we call a darned good sport!

The Book of Mormon is suitable for audiences aged 18 and upwards. Contains explicit language and sensitive themes throughout.

Two hours and 30 minutes with one 15-minute intermission

One of the best musicals I have EVER seen!

If heaven promises to "have it all", then The Book of Mormon is paradise on Broadway - populated with the naughty and nice. After all, this provocative production has been running since 2011 - making it one of New York's top attractions!

If you can still get tickets for BOM you must go see this show! The... more

Saw Book of Mormon and loved it - the theatre was packed and the audience... more

Sound good to you? Share this page on social media and let your friends know about The Book of Mormon at Centennial Hall.